Tweet
This week we're finally concluding our multi-part analysis of a new, low-cost means for testing out digital signage content. To catch you up: Over the past few articles we've examined a new simulation method that uses Amazon's Mechanical Turk crowdsourcing platform to test digital signage content, in order to pinpoint the factors that make content more noticeable and memorable. The beauty of this approach is that (a) it's cheap, and (b) you can run hundreds or even thousands of tests very quickly, giving you the opportunity to tweak content before you deploy it to your signs. If you own a digital signage network or provide content creation services, you probably ought to take a look at the other articles in this series before reviewing today's article, where we'll sum up our key takeaways and discuss some limitations and future directions.

Looking for the other articles in this series?

If you missed any of the previous articles, here's a handy list: Moving on, let's reiterate a key goal of this research. 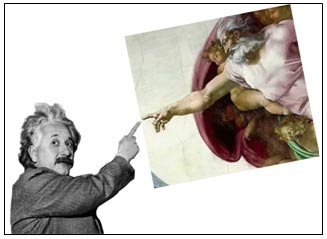 Find the place where art and science meet to yield the best-performing digital signage content.

So, what did we learn?

After completing all of the experiments, we learned the following about our approach: And based on this research project, we're now able to add five more actionable items to our list of best practices for digital signage content. They are...

Takeaway #1: Visual clutter in your environment is BAD.

Unfortunately, our #1 finding is the one that you as a digital signage content professional or network owner probably have the least ability to influence. Simply put, the more complex the visual environment your signs are placed in, the more difficult it becomes to make sure your messages are seen and remembered. If you're a store owner with a private-labeled network, that's something to think about, since you can act on it. The rest of us, though, are faced with tough choices, like trying to make the messages "louder," or resorting to some other, similar  tactic to get noticed.

Maybe those "clean store" policies have some legs...

Takeaway #2: The higher the contrast, the better the visibility.

This is one of those "duh" concepts that people still ignore, and it echoes one of the first major conclusions we drew when we began researching ways to make digital signage content more effective a number of years ago. Simply put, using very high-contrast color and pattern schemes makes text easier to read and separates important graphics from background "noise." Both of these things make your message easier to see -- both up close and from a distance -- which improves your odds of being remembered later.

This result still surprises me, and as I mentioned earlier in this series, it's unclear why landscape-oriented signage was more memorable than portrait-oriented signage. My favorite theory invokes the active attention zone, a concept we talked about a few years ago. In short, since we only pay attention to a small portion of what we look at, and since our field of view is so much wider than it is tall, it may be that a horizontally-oriented screen fits more naturally into our perspective, so we give it more attention.

Another surprising result was just how much of a difference taking a word or two out of a call-to-action or other message can make when it comes time to remember it later. Now, from a practical perspective, I don't know how important this really is. Often, a sign's whole purpose is just to get a viewer to acknowledge that an offer exists, rather than getting them to recognize a specific offer. That being said, though, we saw significant differences in recall even within the confines of the "seven plus or minus two" axiom (which states that people are generally pretty good at remembering lists of between five and nine items, but get a lot worse when you go higher than that).

Even quintupling the amount of space that a message occupied had little effect when it still only took up a small amount of the active attention zone. So, if you want to save a few dollars and go with 46" screens instead of 50" ones, there probably won't be any measurable real-world impact on the performance of your signs.

We're pretty pleased with this first set of results, and look forward to using Mechanical Turk to test out more scenarios in the future. That said, we definitely did run into some technical limitations during this run that we'd like to resolve. Chief among them is figuring out how to calibrate things like "brightness" and "clutter" against real world units, and coming up with a better way of creating test images or videos that can test only one variable without being too artificial. We also need to work on the "active attention zone" concept a bit more, and come up with a better means for measuring how much area is really inside the zone, and what that really means for things like recognition and recall.

Given time and a good excuse, we'd also like to expand our test platform to make it an even better representation of real-world viewing scenarios. Some of the things worth considering include: Well, I hope we've been able to at least shed a bit of light on some very commonly asked questions about content and screen setup, and maybe give you an idea about how you might go about conducting trials using your own content and networks. We've left a lot of work for future researchers, but I think that the approach we've put together and tested over this past year should provide a very solid foundation upon which that future research can be built.

What did you think of this series? Are there other research topics that you'd be interested in learning about or participating in? Leave a comment below (or send me an email) to let me know!