Why I'm excited about Google's Eddystone

Bluetooth (and wifi) beaconing systems are a dime-a-dozen these days. While Apple's iBeacon has certainly captured the lion's share of attention (and probably installations, too), there are dozens if not hundreds of off-the-shelf, open source and bespoke solutions to let users broadcast their messages to nearby devices. Still, for even all of the hype and marketing muscle that Apple brings to the party, it's hard to find solid evidence of the systems being used (or useful) in the real world. Deployed? Sure. But beneficial? The jury is still very much out on that subject.

For that lack of data, though, there's still plenty of excitement in the beaconing arena, and now Google's throwing their hat into the ring with a new platform called Eddystone. With a focus on making a lingua franca for BLE beacons to speak, Google's open technology aims to engage developers building new platforms as well as end-users looking for enhanced functionality (and, presumably, a non-Apple ecosystem). 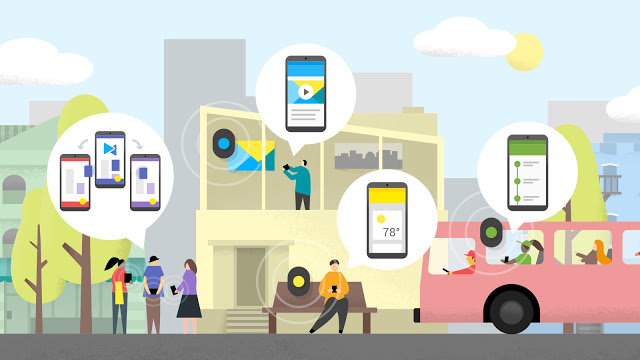 Of course, Google being Google, they're also planning for the option of deep integration with other Google services, and presumably at some point if this thing takes off there will be an AdWords-style buying platform for advertisers looking to deploy truly location-specific messaging.

From an IoT perspective, it seems like many manufacturers interested in integrating beaconing technology would be more likely to jump on the Eddystone bandwagon than opt for a smaller company's offering, and many will appreciate the degree of openness compared to iBeacon. However, Google does have a pretty strong history of abandoning projects that aren't performing, so there's always the chance that early adopters will see the project get orphaned even if it does get some traction in certain sectors. The ability to fork and continue using an open platform lessens the danger somewhat, but obviously utilizing a tech juggernaut's complex platform and having to maintain it yourself are two entirely different propositions.

Having looked into the specification, I actually think that Eddystone has legs. Implementation is straightforward, and there are a decent number of use cases that could make BLE beaconing actually take off as a useful and beneficial system for both communications and transactions. And obviously for any companies already invested in the Google ecosystem, theres a decently-strong upside potential already built in.

Does the cable box make a good IoT hub?

Cable companies have some of the lowest customer satisfaction ratings of any large companies in the US. Probably the world, if anybody bothered to check. We're not even talking bottom 20%. Time Warner, Comcast and their friends rank at the very bottom of a very long list. So to me, at least, it seems like giving them the keys to my house, my car, my utilities and all sorts of personal property seems like a very bad idea. Like really, catastrophically bad.

Despite this, at least one cable industry technology provider thinks this is exactly what we should do. Alticast, a maker of software for set top boxes and content security, has proposed that we use cable boxes -- admittedly something that tens of millions of people already have in their homes -- as IoT routers. In a whitepaper they published on the subject, they paint a picture of the cable box not only managing your DVR schedule and satisfying your binge watching needs, but also controlling your home lighting, electronic locks, and other devices that have been smartened up and connected to the cloud.

Yes, there are some potentially compelling reasons to make the near-ubiquitous cable box an in-home hub. Chief among them is that ubiquity itself, and the familiarity that comes along with it. Virtually everybody understands the purpose of a cable box, and is comfortable troubleshooting it when something bad happens. Further, because it controls a major source of in-home entertainment, outages are usually quickly discovered and dealt with (on the customer's side, at least). And of course the boxes are already hooked up to the network, eliminating one of the more painful steps that today's IoT hub makers have to deal with when developing equipment for the consumer market.

The devices themselves are becoming more capable too, with many already sporting general purpose CPUs that can play games, do some limited web browsing, and would have plenty of "oomph" to route traffic from even a large number of in-home smart devices.

Still, there are plenty of reasons why this is also a terrible, terrible idea. Chief among them is the fact (not opinion) that most people really dislike their cable providers, so giving them even more intrusive control over everything from lighting to security doesn't make a ton of sense. The potential for service disruption issues abounds too. Who's responsible for supporting a user who has some portion of their smart appliances and devices stop working? Who will troubleshoot a connection between a device and it's back-end cloud host? And will those hosts have to make independent deals with each cable carrier to make sure their devices are certified, leaving out smaller companines and innovators? We can even raise some net neutrality issues. If cable carriers continue to be treated as Title 2 service providers, will new CLEC-style companies start popping up to run their own service (and maybe supply their own boxes) over an incumbent carrier's infrastructure?

Given all of the above, I'd be surprised if the cable industry didn't jump on the IoT bandwagon. Cord cutting is a real thing now, and many of the biggest carriers are already starting to see cable subscriptions decline even as internet service subscriptions increase. Looking for new ways to utilize all of the expensive and already-installed infrastructure just makes sense. But as a potential user of such services, I wouldn't want to touch this arrangement with a ten foot pole.

Do we really need a 'Keurig of Everything'?

One of the things that excites me the most about the Internet of Things is all of the clever solutions to annoying problems people have come up with. Whether it's a sprinkler system that monitors the 5-day forecast to avoid wasting water or a thermostat that learns its owners habits to optimize home heating and cooling, there are huge numbers of products that can be improved by adding a little intelligence and maybe a connection to the hive-mind.

The (irrational?) exuberance for innovation has extended into the kitchen for a while. We've seen tablets optimized for recipe reading, coffee machines that take commands from your smartphone, and I've heard tales of scientists racing towards a kitchen fabrication... thing... that will be able to print pizza-like foods from bags of dehydrated raw ingredients. 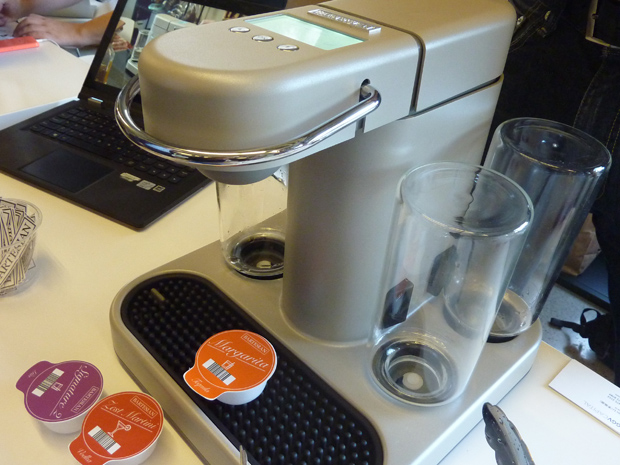 The IEEE Spectrum, though, highlights a new trend in cloud-connected kitchen smart-things: "Keurigs" for everything. There's no doubt that Keurig's pod-based coffee makers are phenominally popular. Once relegated to high-end offices and waiting rooms, Keurigs are everywhere now, and the pods that were once a special-order item can be bought at virtually any big-box, grocery or drug store. Noticing that runaway success, plenty of entrepreneurs are rushing to find the next must-have kitchen gadget, and crowdfunding sites are littered with new pod-based appliances that purport to make everything from cocktails to hot meals.

Each device is big, bulky, expensive and, stupidly enough, single-purpose. Nobody is yet proposing a coffee-maker that also makes scones, or a cocktail-maker that can also spit out tapas: in other words, something that's interesting, useful, time-saving, or all of the above. And even if they did, the scope of the thing would probably be so tight that it'd be next to useless for all but the laziest of people.

I'm all for innovation in the kitchen. I spend plenty of time cooking and cleaning up the subsequent mess myself, and I can think of any number of Jetsons-esque devices that would make that part of my life easier. None of these Keurig-style things that we've seen so far are one of them though.