Tweet
Back in January, we heard about a talk given by Microsoft Windows Embedded Marketing honcho Barb Edson, who said that there are approximately 2 million digital signs across the US right now, and that number is expected to grow to 7 million over the next 5 years. A few months have gone by, and IMS Research just released their own study suggesting that global revenues for digital signage equipment and software were $5 billion at the end of 2010, and will grow to over $7 billion by 2013. That got me thinking: what do these metrics say about the current size of the market, the average cost of a digital sign today, and how those numbers will change in the future?

To begin with, we need to make some assumptions. First, Edson quoted some research about the growth of the digital signage industry, but didn't mention the growth rate. Consequently, we don't know if the US market will expand by 325,000 screens this year and grow geometrically, or whether it will expand by a million screens this year and grow linearly. As you'll see below, if you do some very elementary curve-fitting, we can make the numbers work out by assuming a compound annual growth rate of 21% for the next 5 years. 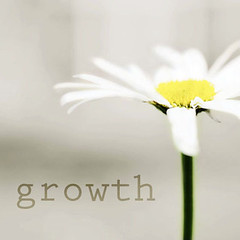 Image credit: balanced.crafts on Flickr
Next, Edson's quote about another 5 million screens refers specifically to the US market, but the IMS data is for the whole world. Ideally, we'd be working with all-US or all-global numbers. But without shelling out thousands of dollars for all these research reports, we're restricted to only the few morsels that each firm is willing to drop into their executive summaries or press releases. Unfortunately, I've been having a hard time finding public figures for the share of the digital signage market commanded by the US, so this is going to be a bit of a fudge. The best method I've been able to come up with is to use PQ Media's numbers on DOOH networks as a proxy. PQ's recent report indicated that global DOOH revenues hit $6.47 billion in 2010, while US DOOH operator revenue grew to $2.07 billion in that year. If we assume that DOOH revenues are proportional to industry growth as a whole (doubtful, but close enough for our purposes), that would mean that the US accounts for about 32% of the global market.

As if the above assumptions weren't ugly enough, the total amount of revenue our industry produces is a matter of much debate, even amongst hoity-toity research firms. While IMS suggests that the global market for digital signage infrastructure was $5 billion in 2010, a rival study by ABI Research suggested the figure is closer to $1.3 billion. Interestingly, that's an upward revision on their part, since ABI's older research predicted a $641 million market in 2008 that would grow to nearly $1.4 billion by 2013. Still other research indicates a 2009 estimated market size of $3.9 billion and 1.1 million displays sold. Likewise, IMS's projection of $7 billion in infrastructure by 2013 seems almost outlandish compared to ABI's forecast of $4.5 billion in 2016. The firms are almost certainly measuring different things in different ways. Both are likely subject to different biases and will introduce different error factors based on how they collected their data, who from, and what calculations they then applied.

Let's do some math!

The above tells us that (a) even among professional researchers, there's a lot of uncertainty surrounding our industry, and (b) differences in definitions and methodologies make apples-to-apples comparisons and extrapolations all but impossible. That being said, I'm 600 words into this blog article and I'll be damned if it ends without doing at least a little questionable conjecturing based on an unsound foundation of baseless assumptions and presuppositions. Thus, based on the above research reports, we can infer the following: What can we learn from this exercise?

For starters, I wouldn't put too much faith in research report numbers, especially when multiple research firms produce such different values for both current market size and projected growth rates. Next, if past growth rates both domestically and globally are any indication, Edson's assertion that the US will add another 5 million screens in the next 5 years might actually be conservative, since it presumes only a 21% CAGR in the number of new deployments. There are plenty of indications that we might be able to sustain a rate of 25% or more over that period, in which case we may be looking at the addition of an even larger number of screens by mid-decade. And finally, we know that costs will continue to fall -- our 5+ years of pricing research establishes this clear trend. But again, the 7.5% annual decline necessary to meet the predicted growth rate and target revenue numbers may well be too low, suggesting that this next decade will see prices low enough to finally enable true mass adoption of digital signage systems.

Feel like prognosticating? Where will the industry be in 5 years? Do you believe the hype about growth rates and adoption? Leave a comment and let us know!

+1 # Dan Schneider 2011-06-30 08:16
I liked your analytic view here. From your perspective would any screen size and type count?
-1 # Bill Gerba 2011-06-30 17:35
Hi Dan, Thanks for the feedback. Of course screen size will make a difference - a 22" LCD is a lot less expensive than a 50", for example. However, we've been basing our pricing estimates on a 40"-ish screen, which according to [[http://www.wirespring.com/reports/|our own recent research]] is still the dominant size.
+1 # Manuel 2011-07-31 10:52
" I'll be damned if it ends without doing at least a little questionable conjecturing based on an unsound foundation of baseless assumptions and presuppositions" ... If the above is true, you're doing a lot better than most results I've found from "big name" firms. Logically and quantitatively. Thanks for the post. Very insightful.
+1 # Andy 2011-09-02 16:58
Bill, excellent article. But I must be missing something.... If the forecast is for 4.4MM screens in the U.S. by 2013, and each screen costs $1,914 at that time, wouldn't that be a $8.4B market for the U.S., not a measly $2.24B? Why aren't those figures lining up? Again, probably my error.
0 # Stephanie 2011-09-22 18:16
Hey I love your blog I was just researching some digital sign stuff and ran across your site. You have some great information in here, It is very informative. I actually just installed a digital billboard in my hair salon and we love it so far! The website that I posted is not us per say but that is the company that we ended up going with for some graphics. I am not very experienced with many companies but I will say that they did a great job designing some digital content for us. We are already making some money off of it! Anyway just wanted to say that I like what you guys are doing and keep it up!
0 # Chun Yang 2012-02-21 07:41
Hi Bill, Thanks for very informative info. However I think you also need to count the replacements as old screens and PCs go bad. Thus actually the new sales will be much bigger. On the other hand the growth of new deployment will slow down as the market will be saturated.
+1 # Bill Gerba 2012-02-21 21:03
Hi Chun, Yes, that's a good point. Obviously when the big research firms like Gartner do forecasts of the LCD industry they count *all* shipped screens, including those sent out merely to replace others already purchased. I wonder how much this would truly be in the DS industry though -- I can't imagine more than 3-5% of screens need to be replaced each year, and we simply don't have a large enough base for that percentage to add up to a meaningful number of screens (from the manufacturer's perspective).
+1 # Bill Gerba 2012-02-23 03:13
Hi Andy: The 4.4M number is the TOTAL (cumulative) number of screens deployed and currently in operation -- so, probably the sum of the past 5-7 years' worth of additions. The number of screens actually SOLD in 2013 is forecast to be around 1.16M, which at $1914 apiece yields that $2.24B sales number for the year.
+1 # Jos Roberto Cruz 2013-08-29 19:09
Weve been in a successful small and regional digital sign business company in Brazil, since 2009. We count on 110 displays and reach over 600.000 spectators in 5 cities near around So Paulo. We fell that corporations projects might be more successful than keeping a DS Network in order to get money through ad selling. Lack of real data / information about the market on regions around the world seems to be an important barrier to the decision makers. Regards, Jos Roberto Cruz.
Refresh comments list
RSS feed for comments to this post
JComments