Tweet
As of last Friday evening, six people had already forwarded me Nielsen's press release about pulling the plug on the PRISM project. By Monday morning, a total of 19 had either sent along the link, or asked me for my take on the situation. Clearly, people in the digital signage industry see this as very big news. Interestingly, most see it as very bad news as well. I, on the other hand, am not overwhelmingly concerned about PRISM's demise. Will it be a setback for our industry? Quite possibly, yes. But is it a harbinger of doom and gloom to come? No way, José (but thanks for forwarding the news to me, José). The suspension of the PRISM service reflects the unique conditions surrounding PRISM itself. Let's take a look at the history of PRISM, where things went awry, and what the future of out-of-home media measurement might look like.

What is Nielsen's PRISM service?

Back in 2006, P&G and Walmart asked Nielsen to help them put together an in-store media measurement program after deciding not to participate in the Marketing at-Retail Initiative (MARI) that POPAI was working on at the time. They managed to sign up a long list of participating companies -- a veritable who's who of retailers and CPG makers like Coca-Cola, General Mills, Kraft, Mattel and Nintendo -- to work together on the Pioneering Research for an In-Store Metric, or P.R.I.S.M. (clever acronym, eh?). Its goal was to monitor shoppers, figure out where they went in the store, determine what kind of media they were exposed to (POP displays, posters, shelf toppers, in-store audio, digital signage screens and the like), and generate a metric by which advertisers could value their messages.

What happened to it? 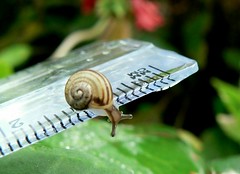 Image credit: Memotions
AdAge has a good summary of what went wrong, but basically Walmart pulled out of the program about a month ago, and despite putting on a brave face, Nielsen was unable to continue without their support. There has been much speculation on the reason behind Walmart's exit. After all, they were one of the companies that compelled Nielsen to start PRISM in the first place. Officially, the retail giant noted that they had temporarily suspended internal rules that governed how much store sales data they were allowed to share -- a major component of the PRISM program was a steady stream of traffic, sales and other data from a variety of retail chains. Others, though, speculate that everything from high program costs to old political beefs caused the firm to exit the program. Personally, I think Walmart was using PRISM to validate their own efforts with DS-IQ. Once they had the numbers they were looking for, they ditched PRISM to focus on their own system. Regardless, without Walmart, PRISM was doomed.

Who will take the lead on measuring in-store media now?

The obvious money is on POPAI. Their MARI program, while hindered by an initial rebuff by Walmart and P&G, is now the longest-running of its kind. I've been told that the powers that be inside POPAI are talking about MARI this week, so hopefully we'll hear something from them soon. However, as we've seen with PRISM, strong partners backing the program is no guarantee of success. The bigger question here is, how big of a market for in-store metrics is there really? If there was robust demand from customers, Nielsen would have had no trouble moving forward. Likewise, if the cost of running the program was low, they could have hunkered down and waited for marketers to open their pocketbooks again. However, a combination of high cost of supply and low demand proved deadly, kind of like the "Intro to Capitalism" chapter in your Econ 101 textbook said it would be.

What do advertisers actually want?

The thing is, advertisers are still not sure what they should be buying, or how to buy it. Metrics are certainly on their list of must-haves before really diving into the "out-of-home 2.0" marketplace. But despite growth in the DOOH industry, a lot of agencies still can't be bothered with us. Further, there are plenty of others who want to play, but won't pay a lot to do so (as I anecdotally explained when asking whether measuring digital signage will really do us any good). Finally, there are a growing number of companies who are simply willing to figure it out as they go along, provided that they can dump their money somewhere other than TV, print or radio. Case in point: CPG giant Schering-Plough just announced a $10M campaign spanning 17 digital signage networks. It's set to run for 12 weeks and deliver over a billion impressions, and S-P's agency Chrysalis "is planning a heavy research component to gauge the success of the campaign using metrics requested by the client" (my emphasis added).

Let's take a deep breath and move on

The bottom line is this: PRISM's failure doesn't really tell us how customers feel about digital signage, or whether advertisers are accepting our medium, or even whether our industry is "ready for prime time," whatever that means. The PRISM situation simply shows that the PRISM program, in its current form, is not viable. However, digital signage networks continue to grow and thrive -- just a few weeks ago I mentioned 4 areas that are likely to show strong growth in the next 12-18 months. But measurement of this media is still uncharted territory, so we will have some failures before achieving success.

Does PRISM's failure worry you? What will a third-party measurement effort have to do differently in order to succeed? Leave a comment below and let us know.

+2 # Christie Liu 2009-01-29 20:47
I was just speaking with a shopper marketing veteran very recently. This particular contact's passing comment was that PRISM was a "soft" measurement and thus less favorable (and now defunct) given the ability of other approaches to directly correlate messaging efforts and results...
+2 # Bill Gerba 2009-02-03 20:04
Hi Christie, I'm a little surprised to hear that, since one of the objectives of PRISM was to relate OOH media in the same way as TV, print, etc. In other words, while gaze tracking, etc. might generate "hard" numbers, they aren't necessarily what today's advertising firms are looking for when making their plans.
Refresh comments list
RSS feed for comments to this post
JComments