David vs Goliath: Can a Smaller Digital Signage Company Succeed?

Tweet
I'd like to offer up an observation based on nearly a decade of experience in this industry: business as usual hasn't changed much for the small network operator since the turn of the 21st century. For one reason or another, things haven't gotten any easier for companies who manage 100 screens or less. And despite numerous advances in the marketplace, the longevity of a smaller digital signage company doesn't seem to have improved much, either. This baffles me, since in the 5+ years that I've been writing this blog and researching the industry, digital signage costs have continued to decline, the quality of the products and services that make up a digital signage network has improved, and people have generally become more accepting (and less incredulous) of the benefits of out-of-home digital media. I haven't completed an exhaustive analysis of the data, but at this point I want to throw out a couple of guesses as to why this might be the case. With your feedback, my goal is to turn this discussion into a more comprehensive study that can benefit network operators of all sizes.

Why focus on the "little" guys? 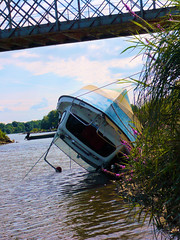 Image credit: Stefan
Before I jump into this, I want to point something out: the digital signage business is probably quite difficult for everybody, large and small. I doubt the execs at industry heavyweights like CBS Outernet and PRN just breeze through their operations without a care in the world. However, there happen to be a lot more small companies in our space than large ones, and I certainly deal with many more small companies on a day-to-day basis. Thus, I have a much larger pool of data to work with there. If anybody from one of the really big networks would like to chime in with a comment or two about their own businesses, all the better. Also, there's nothing magical about the 100 screen or 100 venue cap on my analysis. That just happens to be my mental point for dividing networks into "small" and "large" categories, and is otherwise completely arbitrary. So, don't think that installing just one more screen or venue will catapult you out of the danger zone and into safety.

Those who don't know history...

...are destined to repeat it, as the British philosopher and statesman Edmund Burke noted a few hundred years ago. Sadly, plenty of people in the digital signage industry seem hell-bent on trying to prove him wrong. Very few succeed in this endeavor. One of the biggest sources of angst in our marketplace -- to large and small digital signage companies alike -- continues to be the challenge of justifying the value of the screens (or screen time) to entities that might like to put some content on them. The entity might be an advertiser, a government organization, or a non-profit. But whoever they are, networks owners have to convince them that the audience viewing their screens is valuable. Furthermore, they have to prove that the screens can reach that audience in a meaningful way. As many experienced folks in the industry have said: if you haven't sold ads before, then starting out with advertising-supported digital signage is a very difficult path to take -- and one littered with the corpses of dead networks.

Clearly, the gung-ho attitudes of new network startups hasn't changed. And while that continues to lend plenty of optimism to the industry, it also means that more companies are charging into the space head-first, often without the understanding of why so many of their peers have failed. Thankfully, I've talked to numerous institutional investors and angel groups recently who've noted they see many fewer "build it and they will come" propositions from network startups, even while the rate of new network formation (from my perspective) seems to be increasing. So my gut feeling is that more companies are testing the waters with smaller, self-funded pilots, and perhaps relying more on organic growth from real, actual revenues.

Wait, I thought this was a cost-driven industry?

Ask any digital signage vendor and they'll say it certainly feels that way sometimes. And as I noted above, costs have steadily declined since we started tracking them in 2004. But that trend only seems to be helping with the rate of new network formation, not the relative success or longevity of those networks. To me, this suggests that the reason for failure has to do with operating costs (or revenue shortfalls) that aren't related to the technology or initial installation expense (which is really all that we track). It might be content, it might be management, or it might be sales. But whatever it is, it's enough to sink network after network. Of course, the upshot for savvy firms is that once a digital signage company goes under, their screens remain in the field, so over time we've seen smaller networks grow inorganically by purchasing the assets of their defunct ex-competitors.

Obviously, lower costs will continue to reduce entry barriers for prospective network owners. However, just because more companies get started doesn't necessarily mean that more will be successful in the long-term. In fact, I kind of expect the percentage of successful network operators to decrease as more new firms jump in, realize how hard this stuff really is, and then quickly make an exit (or die trying). But on the other hand, more new companies means more innovation, more new and different business models, and hopefully more paths to success. From WireSpring's perspective, we continue to see the strongest growth from new customers starting relatively small networks. But the next biggest growth area is from small- to medium-sized networks expanding their existing operations (which by some accounts is an indicator of their health). For all that, though, there are plenty of networks that have fallen by the wayside.

What's the biggest reason that digital signage networks fail? Is there anything on the horizon that will make things easier for new network operators? Leave a comment and let us know!

In contrast to digital signage, web and mobile advertising are targeted and marketers pay per impression (or click, or, or... ) but not large sums for committed campaigns.

We are starting to see a lot of recent development that are going into that direction (since the original writing of the article), but again the fixed capex and opex needs to be addressed ...
-1 # David Boggs 2016-03-04 21:08
Great article - coming from one the the "small guys" at http://www.adaptivedigitalsigns.com
0 # Valery Holmes 2016-06-01 06:31
Very interesting article.
We are small Digitals display company. What I have found to work is focusing on a niche and strategically placing the displays . Our displays target the African market around the DMV area. Many advertisers are very attentive to what segment of the market they want to target and who can help deliver.
+1 # Bill 2016-06-23 17:45
Hi Valery,
This approach makes sense to me too. Screens are still fairly expensive, and if you *didn't* focus on a niche, your programming would probably be ineffective anyway. Best of luck!
Refresh comments list
RSS feed for comments to this post
JComments