Even with wifi and a CPU, some devices are pretty dumb 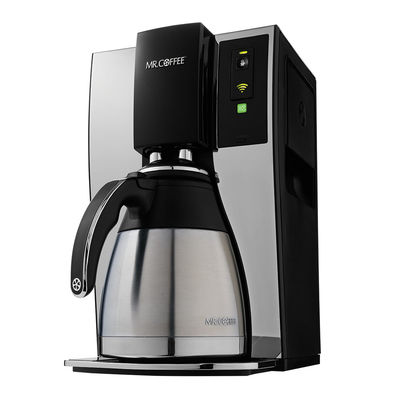 As much as we love to see all manner of devices being connected to the burgeoning Internet of Things, sometime sthey just don't make a lot of sense. That certainly seems to be the case with this WiFi-connected coffee maker that Engadget recently reviewed. To wit, they noted that:

Overall, remote controls and some handy reminders may not be enough to justify the Smart Coffeemaker's $250 asking price, though it's currently seeing discounts down to about $150 -- roughly $60 more than its non-WiFi stablemate. Still, I don't see myself paying that much to get my drip coffeemaker hooked into the Internet of Things. If Belkin and its hardware partners can chip away at the costs involved, maybe someday choosing a WiFi model will be a no-brainer. As it stands, though, a $60 premium seems too steep for some nifty conveniences.

The hallmark of a smart device is first and foremost that it's smart -- it needs to solve some problem that its dumb counterpart simply couldn't address. While the WeMo functionality that Mr. Coffee has added to their standard line of basic coffee brewing machines has some interesting technical merits, there's just not that much you can do with a coffee marker remotely. Having a fresh pot ready when you wake up was already easily accomplished by a simple mechanical timer, and it's not like this device can grind its own beans or clean itself -- both of which are features I'd probably be willing to pay something for.

So instead what we have is a technical taste of what's to come. Mr. Coffee can start acquiring some data about coffee drinker habits that might shape the next generation of devices, and early adopters get to find out just how dumb a smart device can be.