By pure coincidence, a young man I met during my DSE panel discussion wound up sitting in my row on the flight home from Las Vegas. My session, entitled "Do it right the first time: the politics and pitfalls of digital signage deployment and how to avoid them", had been well attended -- mostly by prospective or current network operators long on entrepreneurial spirit but short on experience. My row mate's situation was typical. He has started a doctor's office network that currently has just two locations. His questions for me (and the focus of his two-day fact finding mission at DSE) included weighty topics like, "should I get serious and expand?" and "where is digital signage/digital out-of-home going?"

Good question... where is this industry going?

Digital signage veterans (some of us have been around for over a decade) have never seen as much activity nor felt as much energy as we just experienced in Las Vegas. Exhibitors entered DSE 2010 anticipating the norm: few buyers, but lots of "tire kickers" walking the show floor. Instead, there were plenty of indications that buyers were qualified and conversations were positive. Some vendors were even writing business on the trade show floor. So the future is bright, right? Maybe yes, maybe no. Certainly the short-term view is encouraging. Digital signage/digital out-of-home finally seems to be approaching a heightened level of maturity. After dipping their toes in the water in past years, two mega-players -- Intel and Cisco -- reportedly are diving into the deep end. And established entities like LG, Sony, NEC and others are expanding their traditional, conventional DS/DOOH offerings. All of this suggests money is about to pour into the space which, logically, means the good times are about to roll. 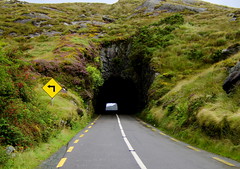 Geri Wolff works for Exponation, the company that produces DSE. Part of her job is to compile the collective wisdom of DSE's advisory board into a form that can be passed on to the digital signage community at large. At the DSE advisory board meeting the night before the show opened, Geri polled the board for advice. She asked: what are we (both the DSE & the digital signage industry in general) missing?

Patrick Moorhead, VP at Chicago-based agency Draftfcb, did not hesitate. Patrick said, flat out, there simply are not enough ad agency types in attendance. None of us disagreed. We acknowledged that currently, there's no reason for agency folks to care, let alone attend.

Ironically, this comes at a time when agencies are slowly warming up to the idea of sharing the wealth and spreading the buy. The TV audience is shrinking. That can't be disputed. But those TV dollars won't automatically default to DS/DOOH unless the agencies see it as a media buy that makes sense. Right now, they generally don't. And that can't be disputed either. Thus, unless the focus of DSE -- and the industry overall -- shifts more toward the audience and less toward bright, shiny tech, the agencies will continue to stay away in droves. That's one of those things that keep "good times" just out of our reach.

Back to my flight home from Las Vegas. My new friend said that by walking the trade show floor, he felt he received an adequate overview regarding digital signage hardware, software, etc. But he had a nagging question. "I need help creating content that will look different from all of the other content, content that makes sense for my doctor client and his patients. Why isn't there more help at the show regarding custom content solutions?" My knee-jerk answer: "Because it is extremely difficult to make a living creating custom content solutions as custom content is not valued in the digital signage industry."

Oh, there was plenty of content literally jumping off the digital displays on the trade show floor. From an aesthetic standpoint, some of the content was truly spectacular. (The Christie MicroTiles were amazing. But then, Christie could have hooked them up to an old security camera and would still have stopped attendees in their tracks.) But from an editorial standpoint, the content playing on the show floor was, at best, generic. Mind-numbingly generic. No-one-pays-attention generic. As my Preset partner Paul Flanigan tweeted from Vegas, "I know the weather in every city in the world by walking the show floor. Does everybody do weather?"

Unfortunately, it seems that everybody does do weather. And stock tickers. And news. They combine to form an easy default. But weather, stocks and news are not the answer to our collective problem of mediocre content.

Where should DSE and this industry be in 5 years?

That was another question Geri Wolff asked the DSE board. I spoke up. "Unless this show and this industry changes its focus from being transaction-based, unless it shifts its focus away from hardware and software and starts focusing on the audience, the person on the other side of the screen, and focuses on the messages we are sending to that audience... unless that happens, in five years, digital signage will still be a bunch of technology folks talking to each other." And the digital signage show, as Patrick Moorhead observed, will be nothing more than vendors "selling picks and shovels." Shifting the priority from an emphasis on prettier pixels to an emphasis on compelling consumer communication will not be easy for this industry. But the opportunity has never been more, well, more opportune. Digital signage/digital out-of-home has momentum, and momentum attracts resources and buys time.

It's time to provide an offering that compels the agencies to recognize digital out-of-home as a viable alternative, and time to pay more attention to what plays on the screen and less attention to the screen itself. If that shift in emphasis comes to pass, every DS operation will benefit: the mammoth enterprise projects, the two-office network operated by my new friend, and all networks in between.

I can't wait to see where we're at in five years. Meanwhile, what do you think the next half-decade holds for our industry?