Tweet
Engadget has an amazing shot of this massive video wall at the Comcast Center: 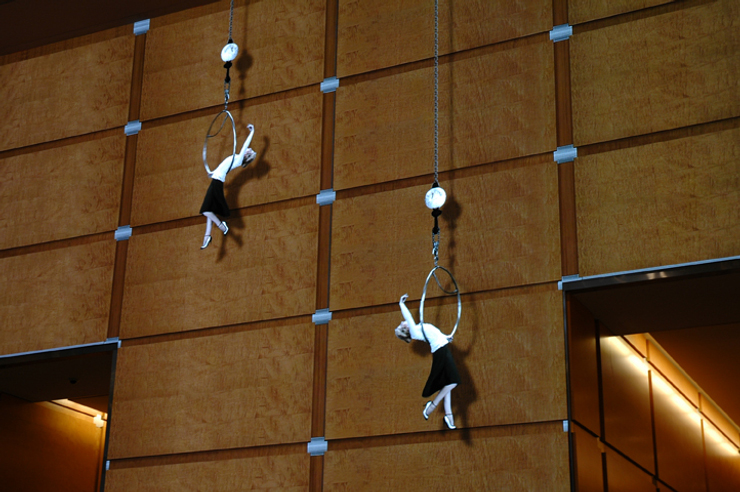 The giant display measures 27 by 87-feet and mashes 10 million pixels across modules linked by a central system that contains 27,000 GB of info, six DX700 LED digitizers, seven Encore video processors, and three Matrixpro routers. So what does it do? It's kind of a giant screensaver that may get old over time, if you ask us. It displays the time, shows figures pushing the panels open, and plays with the space in surreal, 3D-esque animations that are, admittedly, fun to watch.

The thing cost $22 Million.  One would think that Comcast hopes to get some hard value out of such an expensive installation, but for the life of me, I can't imagine what that might be.
JComments